Unconscious bias exists in all people and all workplaces. The human brain takes in more information than it can process, and it relies on shortcuts to manage that information. There are times when these shortcuts are helpful, but when we default to stereotypes to understand the people around us, the result is damaging and creates a world – and a workplace – that is inherently inequitable.

To understand unconscious bias at work, we must start with our collective socialization, which is the foundation for unconscious bias – especially gender bias. At A Call To Men, we teach that men are socialized to view women as objects, property, and as having less value than men. We coined the term the Man Box to illustrate that collective socialization. In the Man Box, men are supposed to be powerful and dominating, fearless and in control, strong and emotionless, and successful. The Man Box perpetuates a heterosexist norm that devalues all those who don’t conform to a gender binary.

The teachings of the Man Box help maintain a male-dominated society, where men hold primary power and the majority of roles in leadership, moral authority, social privilege, and have largest control of property. The workplace is a microcosm of our male-dominated society. There are dozens of validating statistics, but I’ll offer two for your consideration.

No one is immune from unconscious bias, which means we all have work to do.

I see unconscious bias as a vicious cycle. Our collective socialization plants the seed for unconscious bias to grow. Left unchecked, unconscious bias will produce unintentional discrimination in hiring, compensation, advancement, and will create an environment where gender-based harassment can be overlooked and violence against women, girls, and other marginalized groups can persist. The effects of unconscious bias are even more severe for those who face additional forms of oppression such as race, class, gender, ethnicity, age, able-bodiness, or religious beliefs. 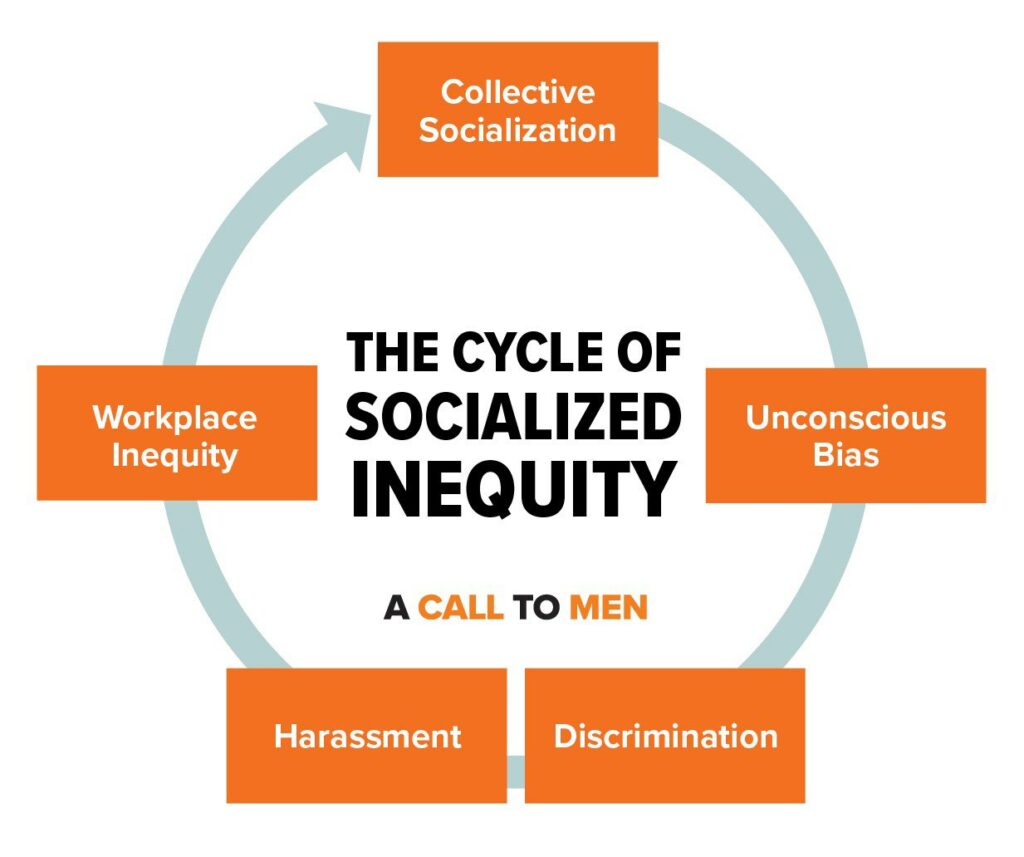 At A Call To Men, we offer an invitation to men, not an indictment of manhood. We let men and boys know that their ideas about manhood, women, girls, and other minority groups have been shaped by their collective socialization. Our job is to raise men’s and boys’ consciousness about their collective socialization so that they can think critically about how they might be reinforcing or passing on these harmful beliefs and so they can challenge those beliefs in other men. It’s the first step to dismantling unconscious bias.

Countless organizations — from Fortune 500s to massive military branches to grassroots, community-based organizations — have been reaching out to ask us for tools to help them build a culture of respect, equity, and value. And we’re committed to engaging in this dialogue as often as we can. If your organization needs to make an investment in this equity: