A Call to Men educates men and boys all over the world on healthy, respectful manhood. Embracing and promoting a healthy, respectful manhood prevents all forms of gender-based violence. Healthy, respectful manhood is also linked to improved physical health and emotional well-being for men. When boys are told not to cry or feel, there are long-term lasting negative effects on their health and relationships. Research by the Harvard School of Public Health found that those who suppress their emotions are one-third more likely to die prematurely than people who regularly express what they are feeling. Issues of rage, anxiety, depression, and unhealthy coping mechanisms can manifest. According to the Centers for Disease Control, the suicide rate is four times higher in men than in women.

A Call to Men is a violence prevention organization and respected leader on issues of manhood, male socialization and its intersection with violence, and preventing violence against all women, girls, and those at the margins of the margins. The organization’s approach is grounded in the social ecological model, advocated by the Centers for Disease Control, as a framework for primary prevention of gender-based violence, and supports the United Nations’ 2030 Agenda for Sustainable Development (Goal 5: Gender Equality).

A Call to Men has 20+ years of experience working with and training men and boys, including the National Football League, the National Basketball Association, Major League Baseball, Major League Soccer, National Hockey League, the United States Military, the Department of Justice, the United Nations, corporations, organizations, and educational institutions across the United States and abroad. Follow A Call to Men @acalltomen on Facebook, Twitter, Instagram, and Linkedin.

Videos that tell our story

Please use the logo images below to represent A Call to Men. 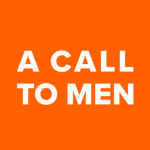