Microaggressions are defined as “brief and commonplace daily verbal, behavioral, or environmental indignities, whether intentional or unintentional, that communicate hostile, derogatory, or negative slights and insults toward members of oppressed groups.” They can be subtle or not so subtle.

According to the fourth annual Women in the Workplace report, 64 percent of women report experiencing gender-based microaggressions, and women of color experience it more than anyone else. Black Americans report experiencing the most microaggressions. About one in three Black adults (32 percent) say that, in the past year, people have acted as if they were “better than you,” while one in four (25 percent) say people have acted as if “you were not smart.”

Most people don’t blatantly discriminate, but many people unintentionally commit microaggressions due to conscious and unconscious bias. The workplace is a microcosm of our larger society – a society where sexist and racist beliefs are baked into our everyday experiences. Men benefit from male privilege whether we want to or not. The same is true for white people. Having privilege doesn’t mean your life is easy. It simply means that no one is questioning you or your abilities due to your gender or race.

When we operate with that privilege, we have an opportunity to be more attuned to how we can use it to benefit others. As organizational leaders, we can commit to be more aware of our own conscious and unconscious bias, to actively look for microaggressions in the workplace, and to interrupt them whenever possible. That is part of our responsibility to create a healthy workplace culture, and to promote a sense of belonging for everyone as practicing aspiring allies. 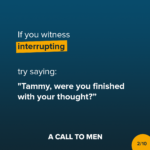 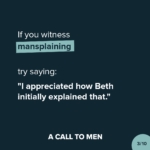 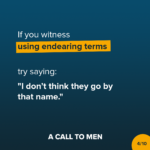 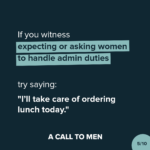 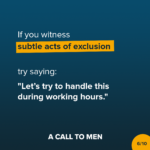 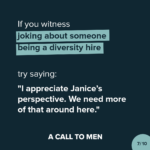 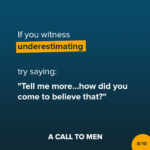 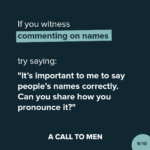 These might seem small to some readers, but discrimination — no matter how subtle — is destructive. In 2017, the Center for Health Journalism explained that racism and microaggressions lead to worse health, and pointed out that discrimination can negatively influence everything from a target person’s eating habits to his or her trust in their physician, and trigger symptoms of trauma. They have come to be known as “death by a thousand cuts.”

That’s why I’m advocating for allies to interrupt microaggressions when you can. People who have privilege have the power, resources, and ability to change workplace culture for the better. And let’s be honest: if those who are experiencing the discrimination could make it stop, they would have already.